In April 2019, 400 cuttings of Acropora Cervicornis coral raised in nurseries were implanted in the natural environment. This large-scale operation is the first on the scale of Guadeloupe.

The choice of these two varieties is first of all linked to the threats they face (both species are threatened and classified as Critically Endangered by the International Union for the Conservation of Nature (IUCN)). They also have the particularity of having a relatively rapid growth and are part of the “reef-building” corals. They are therefore particularly interesting for the restoration of damaged reefs.

In April 2019, 400 cuttings of Acropora cervicornis, “deer horn” were implanted. This large-scale action, the first on the scale of Guadeloupe, has strengthened the presence of this species on the « Caye de Mouchoir Carrée » in Petit-Cul-de-Sac-Marin where individuals were becoming rare.

The time has now come for monitoring, which will be carried out regularly for a period of 5 years. We will keep you informed of their evolution.

The first observations, after one month of follow-up, are very encouraging!

See the video of the operation 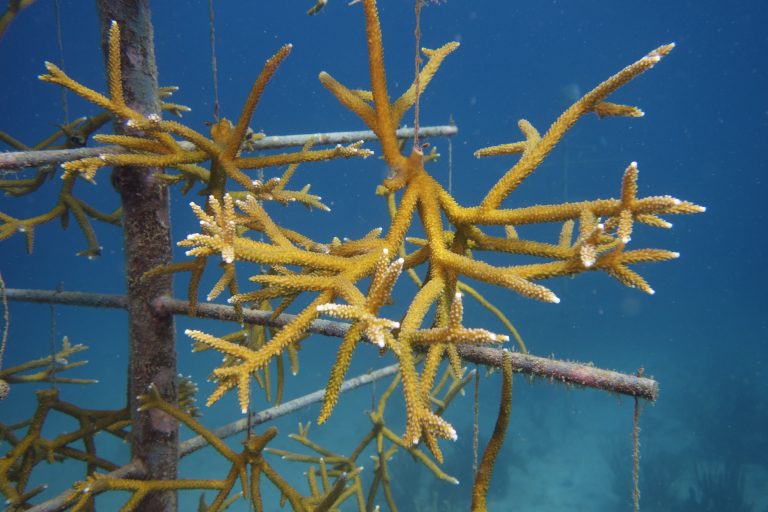 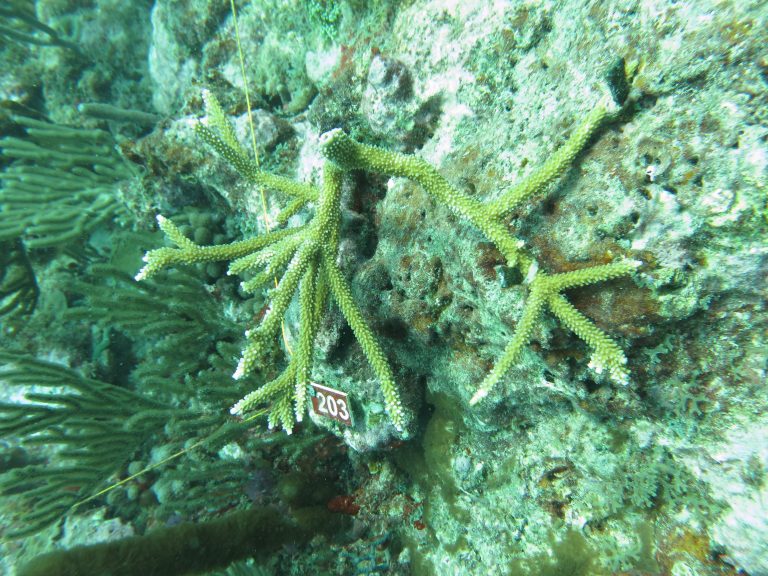