The mangrove suffers from a bad reputation. Mysterious, difficult to access, it is nevertheless a rich natural space, among the most productive in biomass in the world! It is also an essential bulwark of protection for our coasts and contributes to the resilience of our territories in the face of climate change.

WHAT IS CALLED MANGROVE?

A plant formation located at the interface between terrestrial and marine environments, the mangrove is an ecosystem that hosts a unique marine and terrestrial biodiversity. The coastal mangrove is composed of :

Behind these first belts is another type of rainforest composed mainly of medal Mangles.

The actions to recover biodiversity carried out within the framework of Cáyoli particularly concern the cultivation of red, white and black mangrove trees as well as the protection of mangroves through the ecotouristic development of certain sites.

DID YOU KNOW THAT?

In the territories where it is implanted, the mangrove generates particular beliefs and uses. In Guadeloupe, mangrove wood was used to produce firewood, its green leaves were recommended for women after childbirth, and the end of the stems that had not come into contact with sea water was used against dental problems. The mangroves served as a refuge for the “Neg Mawon,” the slaves who fought for their freedom by fleeing from their master’s property. Escaping into this inhospitable space allowed them to lose the dogs launched in their pursuit. To protect themselves from insect bites, the “Neg Mawon” smeared themselves with the mud of the mangroves, giving birth in their imagination to frightening zombies, the famous “soukounians”.

Like corals, mangroves are found in tropical and sub-tropical environments (between 30° North and South latitude). It represents today nearly 150 000 km² throughout the world. 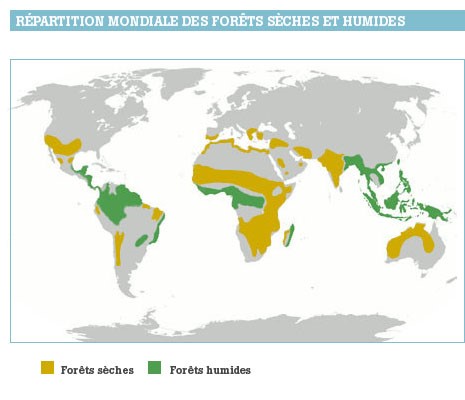 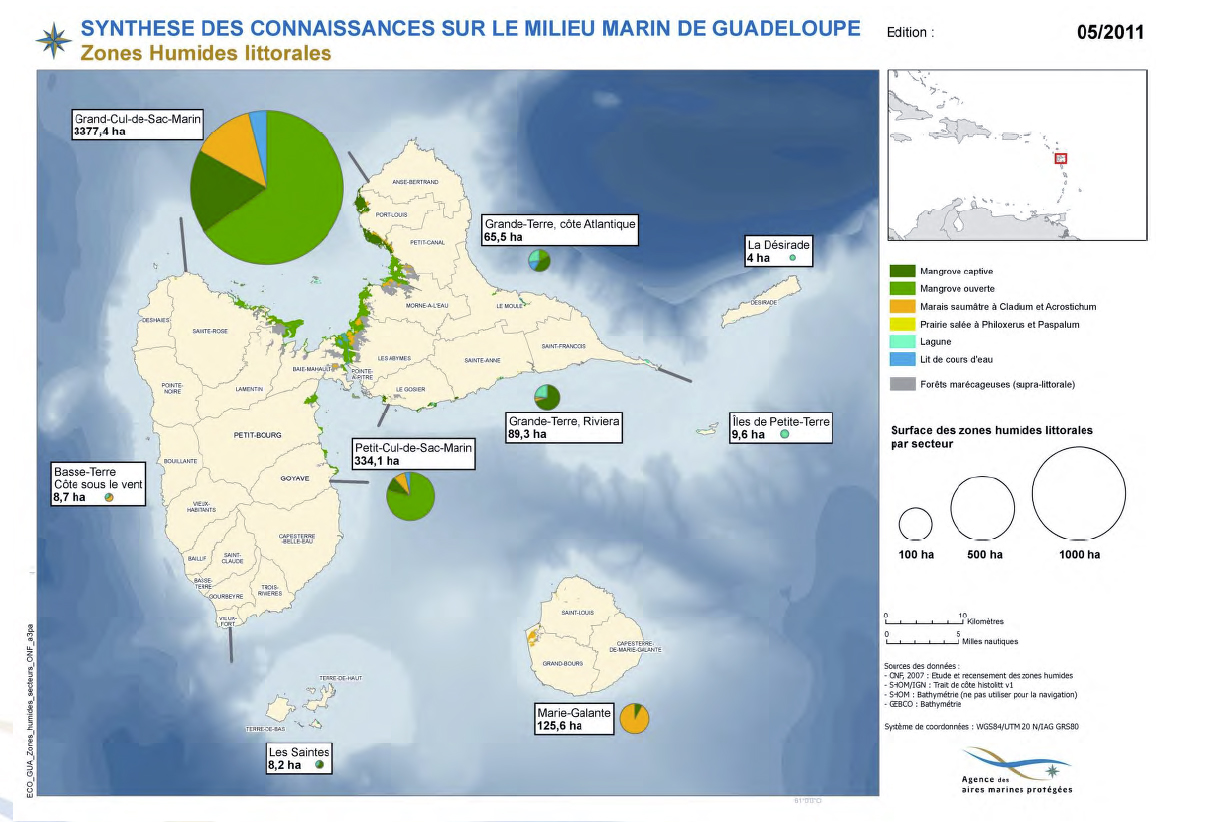 Situated between land and sea, retaining coastal sediments in the stilt roots of red mangroves, the mangrove has a habitat, nursery and feeding function for many species of fish, crabs and birds..

Nearly 130 species of fish have been observed there in Guadeloupe! Underwater settlements can be very uneven from one geographical area to another and depend in particular on the proximity of the mangrove to sea grass beds and coral reefs. The more these ecosystems are connected and healthy, the more biodiversity there is! Generally speaking, about 70% of the fish encountered in mangroves are at the juvenile stage, which means that they play an essential role in the preservation of abundant coastal underwater life.

In any case, fish species in these mangrove areas are characterized by a high tolerance to environmental variations and can evolve in more or less clear and salty water. 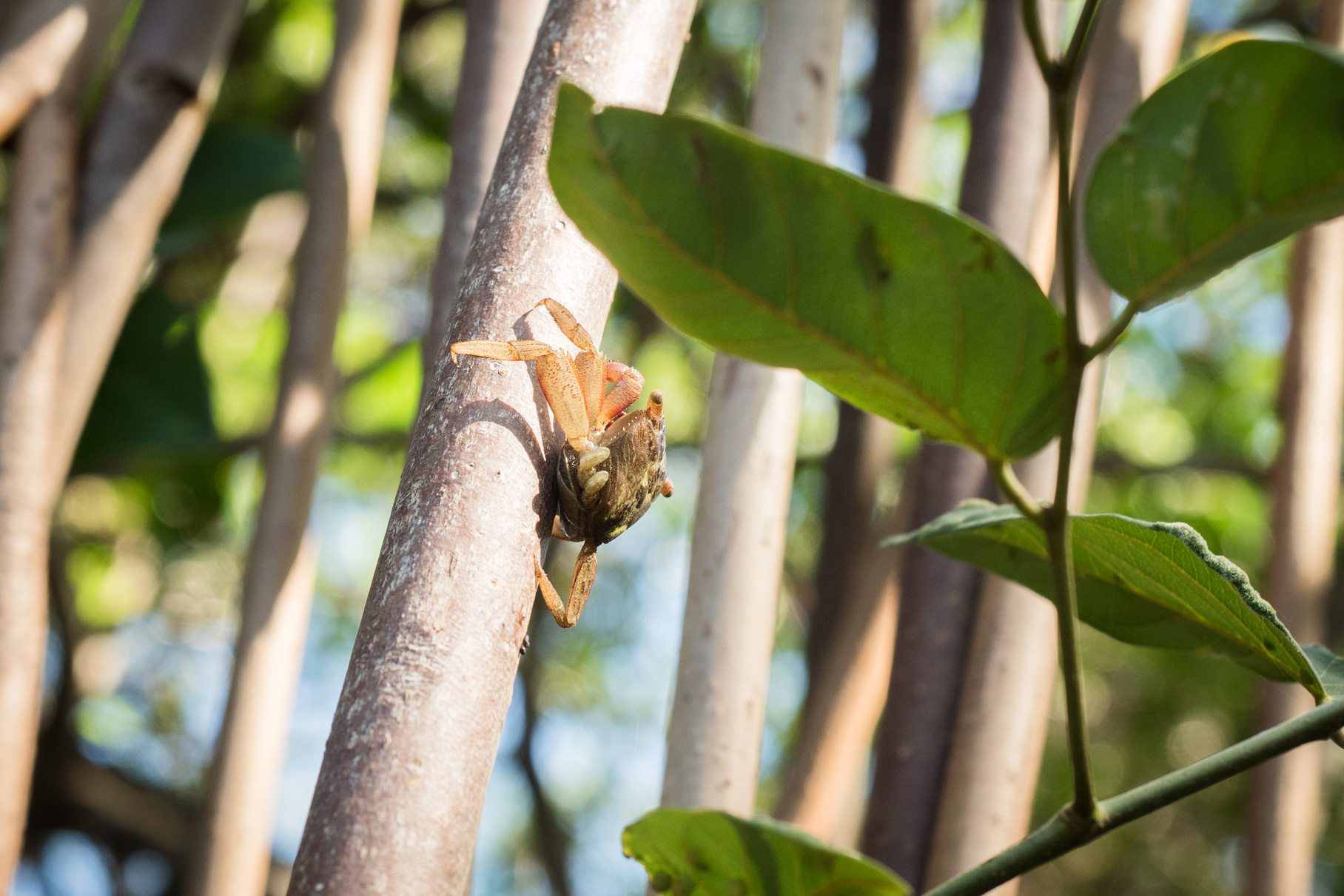 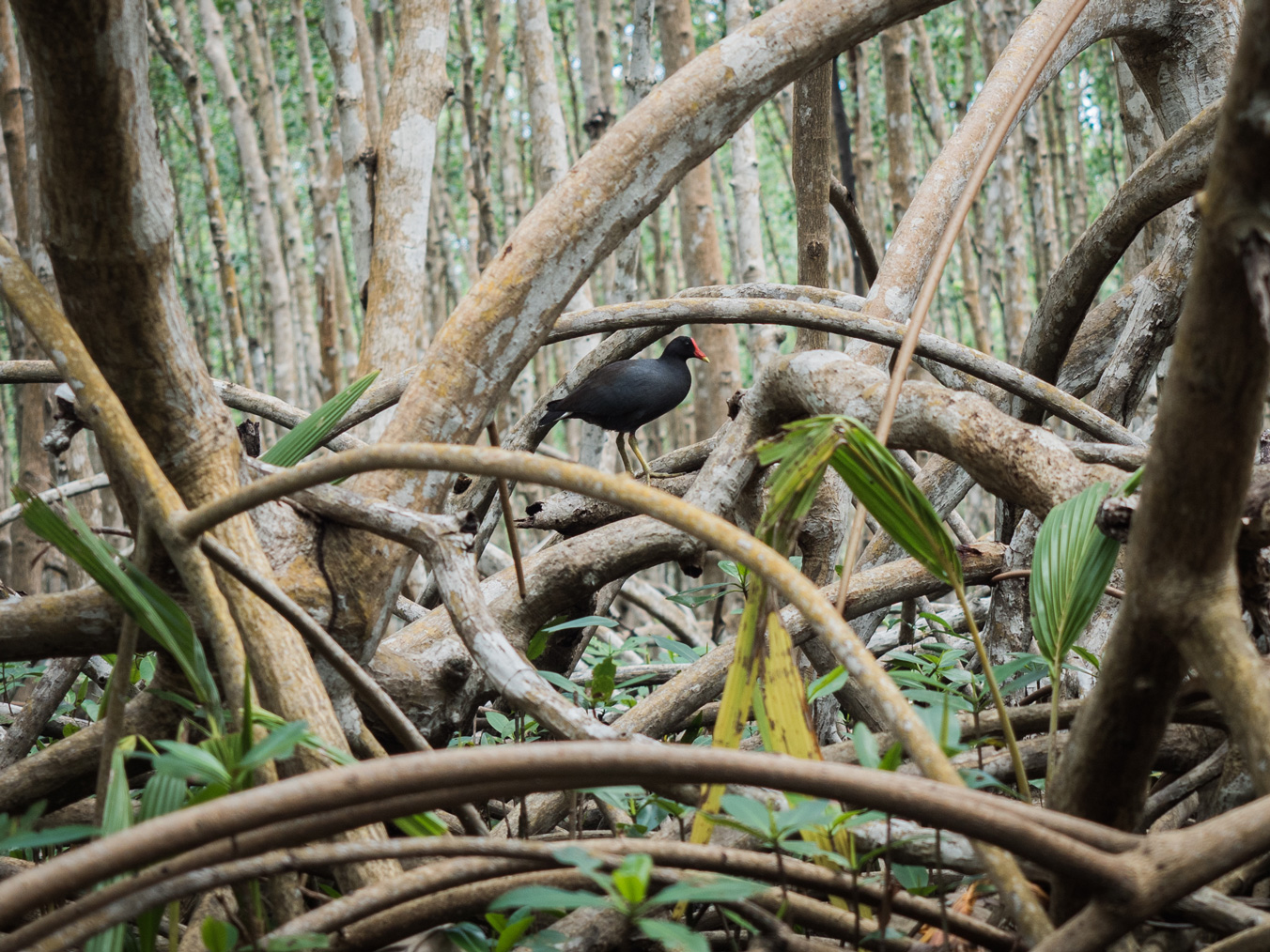 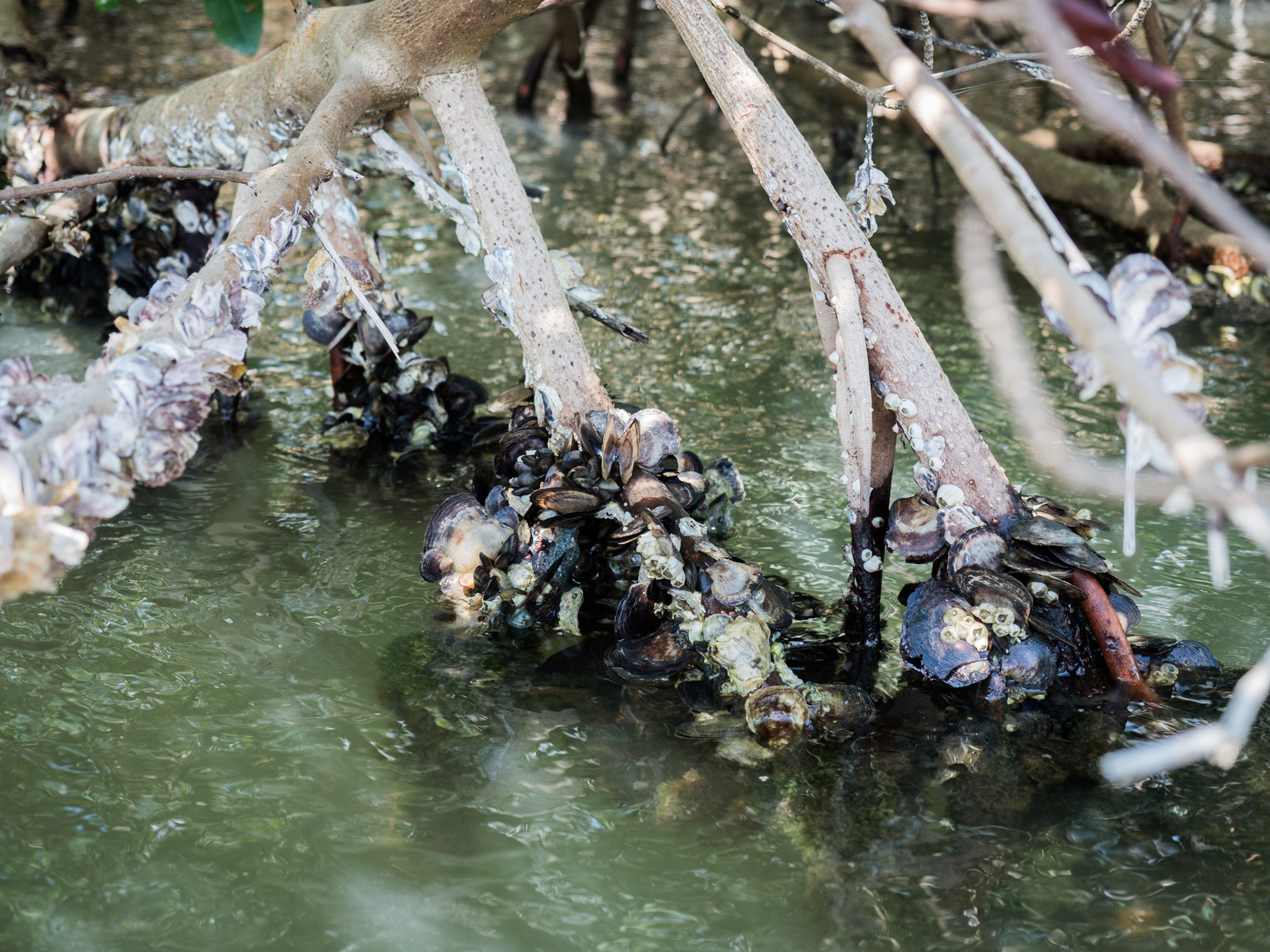 The main factors of mangrove disappearance are urbanization and artificialization of the coasts, and water pollution. The most intense cyclones and rising waters directly impact the coastal fringe, causing uprooting and destruction of mangroves.

Red mangroves are under the protection of the “Convention for the Protection and Development of the Marine Environment of the Wider Caribbean Region”, signed in Cartagena (Colombia) on 24 March 1983.

Three international protocols have clarified the scope of application of the Convention: